Five shipwrecks full of amphorae and an anchor of “colossal” dimensions, found.

Traces of five shipwrecks that carried amphorae and an anchor pointing to a “colossal” ship, are among the remains of the archaeological research at the sea bed of Levitha, a small island in the Aegean, between Amorgos and Leros. Ships wrecked in the 3rd century BC. They are full of amphorae from the Aegean, Phenicia and Carthage. The most noteworthy findings of the research (2019) includes a mixed shipload of amphorae from the Aegean (Knidos, Kos and Rhodes), Phenicia and Carindonas, dating back to the mid-3rd century BC.

Their cargo is mainly consisted of Cone or pseudo-Cone amphorae (2nd and 1st centuries BC). Of particular interest is a granite type anchor, which was lifted from a depth of 45 meters, weighing 400 kg. The anchor is dated to the 6th century BC and is the largest stone type anchor that has been found to this day in the Aegean, dating back to the Archaic period. Its use, apparently refers to a colossal dimension ship. 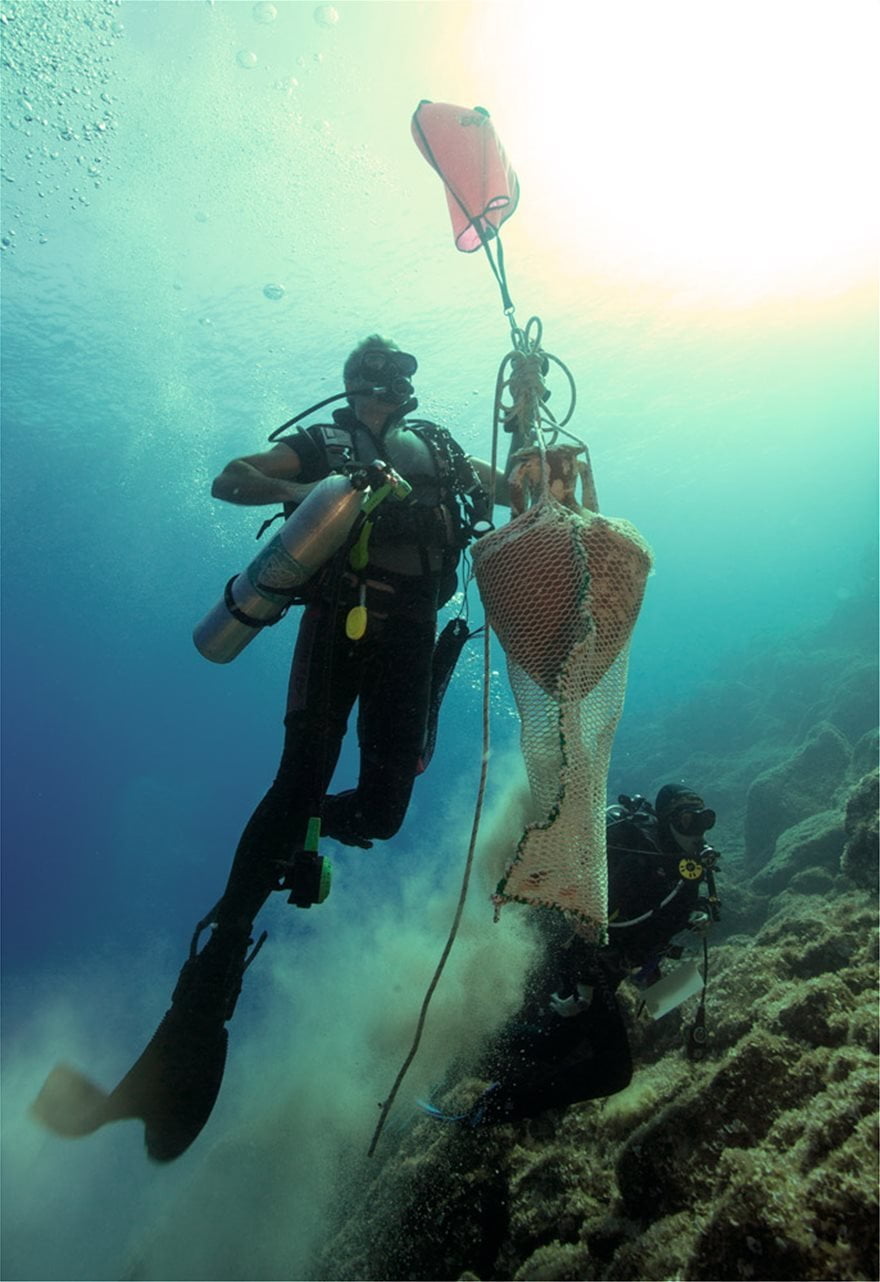 These are the results of the research of the Ephorate of Underwater Antiquities on the island of Levitha, which took place from 15 to 29 June under the direction of archaeologist Dr. George Koutsouflakis. Levitha is the easternmost of a cluster of four isolated islands (Levitha, Mavria, Glaros and Kinaros) between Leros and Amorgos, that bridge the sea passage from the Cyclades to the Dodecanese. The research will be conducted over a three-year period (2019-2021), with the aim of identifying and documenting ancient shipwrecks in the coastal zone of this cluster of islands, which appears to have played a key role in ancient and modern navigation. 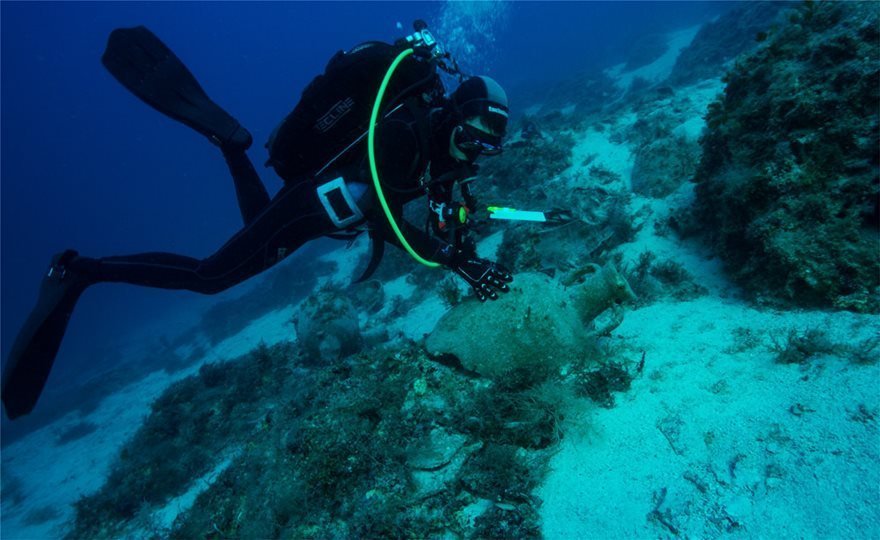 The research this year, was mainly confined to the south and west coasts of the island. A total of 57 group dives with 92 hours of seabed work were carried out and approximately 30% of the island’s (35 km) coastline was covered. Traces of eight total wrecks were found, dating mainly to the Hellenistic and Roman periods. In addition to the wrecks, a number of individual findings were recorded, mainly discarded pottery and anchors, which document a continued use of this sea route from the Archaic to the Ottoman period. 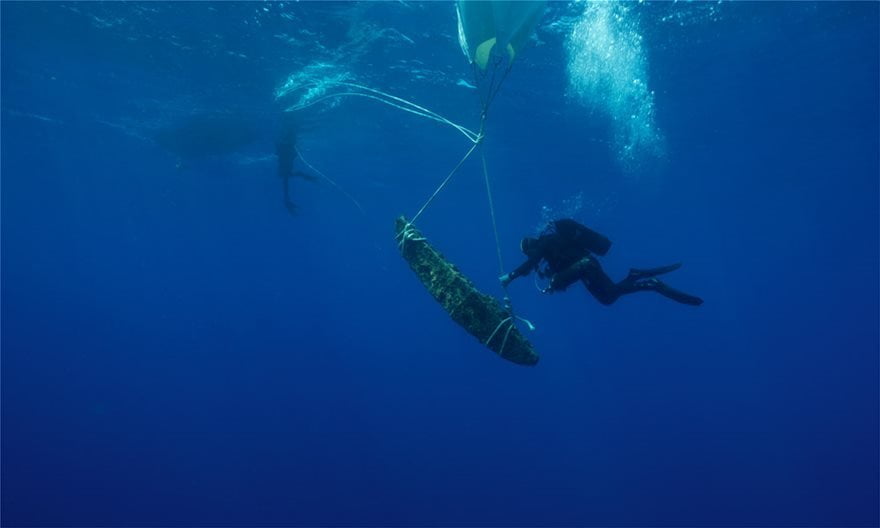 Crucial to the successful outcome of the research was the use of extensive information collected by the Ephorate of Old Antiquities from the community of fishermen and sponge fishers, operating in the area. The research was funded by the Ministry of Culture and Sports and the British Academy of Humanities and Social Sciences. The expedition was supported by Patmos island residents (Alexander Schwarzenberg, Michalis Vagenas, Dionysios Cleoudis, Theologos Giannaros) and Dimitris Kambosou family, which lives permanently on the island of Levitha. 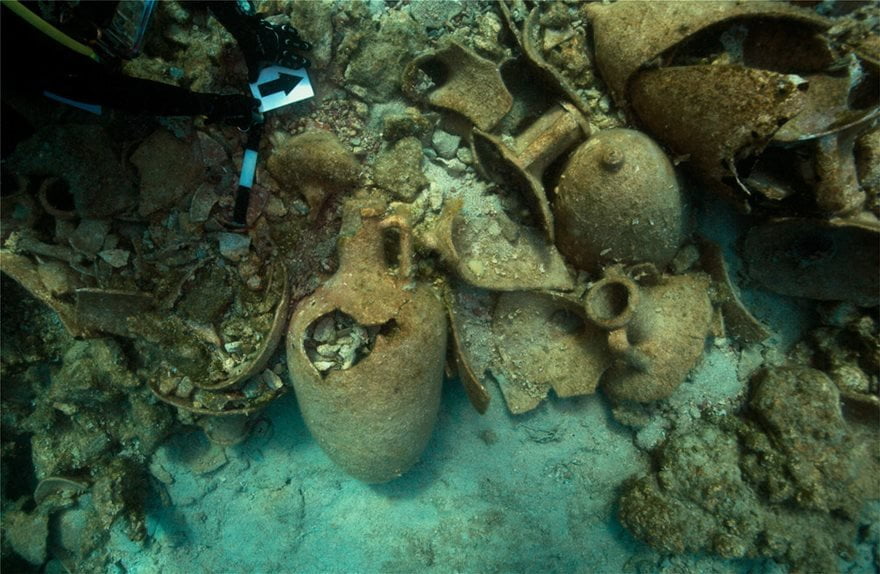