Naxos is the largest island in the Cyclades, renowned for its rich history and beautiful architecture. It was the center of archaic Cycladic culture. The island is famous as a source of emery, a rock rich in corundum, which until modern time was one of the best abrasives available.
According to mythology, Zeus, the king of gods grew up in Naxos, hidden away from the ferocity of his father, Cronus as well as his son Dionysus, the god of wine. Dionysus loved so much Naxos that he made it fertile land, full of vineyards, producing a wine of excellent taste and fine quality. The locals then built a temple to Dionysus to honor their god.
Naxos is also the place where Theseus, after killing the Minotaur of Crete, took Ariadne, the daughter of the Cretan King, Minos, who helped him find his way in the labyrinth where the Minotaur was kept and stopped in Naxos on his way back to Athens. There, he left Ariadne (or Ariadne left him, depending on the version of the legend) for whom Dionysus fell madly in love with. The God took the young girl to Mount Drios and, from there union, Oinopion (Wine Drinker), Staphylos (Grape) and Evanthi (Lovely Flower) were born.

Historically, Naxos was the most important center of civilization of all the Cyclades during the ancient period, 4000-1000 BC. The Thracians were the first inhabitants in Naxos who remained for two centuries until the Carean took control of the island. It is believed that the island owes its name to its leader of Thracians called Naxos. Then the island was dominated by the Ionians who contributed to the development and growth of Naxos, with the sea trading which brought wealth during the 7th century BC. Prelude to the Persian war, Naxos revolt encouraged other cities to join the struggle against the Persians. Then the Peloponnesian War came, during which the Athenians lost from the Spartans taking under control of the island. Then, Naxos felt under a succession of authorities which were the Macedonian Empire, the Ptolemy of Egypt, the Rhodians and, in 41 BC, the Roman Empire. Christianity appeared on the island during the 1st century AD.

The largest town and capital of the island is Chora or Naxos City, with 6,533 inhabitants (2001 census). The main villages are Filoti, Apiranthos, Vivlos, Agios Arsenios, Koronos and Glynado.

Arrival to the Island of Naxos. Transfer from the Port to the hotel for check in. 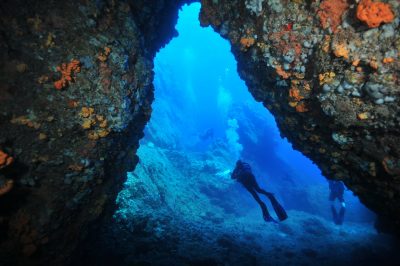 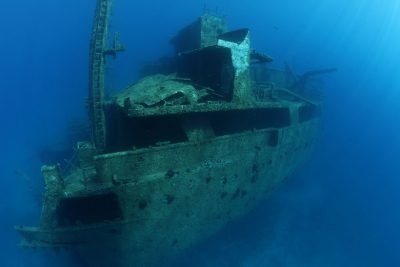 Two morning dives! The first dive of the day is to one of the greatest reefs in Greece. Graviera reef has an excellent morphology with canyons and safe caves full of holes that a lot of marine life finds shelter. Divers that participate on this dive never get bored to do again and again this dive.
School of fishes, nudibrands, sponges, octopuses, groupers, moray eels are part of the marine life on this dive.
Existence of current makes that dive more interesting as the plan is to use it.

The second dive of the day is at the Mariana Wreck. This vessel was manufactured at Dutch shipyards on February 23th , 1961 and named “Niels Maersk”. In 1976 was renamed to “Atlas River” and in 1980, Greek ship owners bought and renamed it as “Marianna”. On July 24th, 1981 “Marianna” sailed from Red Sea to Piraeus impregnated with 41,000 bags barley, water supply pipes, pesticides and stainless metal sheets. The ship crashed into a reef between Naxos and Paros, which called “Amaras”. After “Marianna” remained on dryly for certain months, blower up by experts in order to facilitate safe ship passage. The forward piece of boat lied in depth 24 meters and it has been changed to a… artificial reef in which enough species of fishes find shelter. As it is now, the crane of the ship is half a meter above the surface and the remaining part of the ship is 35  meters long and 15 meters width. Many big and smaller parts are on ruins next to the reef. 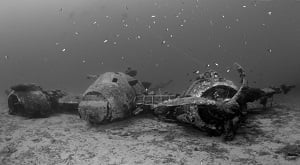 The first dive of the day takes us back to WWII history. The Bristol Type 156 Beaufighter, often referred to as simply the Beau, was a British long-range heavy fighter modification of the Bristol Aeroplane Company’s earlier Beaufort torpedo bomber design. The name Beaufighter is a portmanteau of “Beaufort” and “fighter”. Unlike the Beaufort, the Beaufighter had a long career and served in almost all theaters of war in the Second World War, first as a night fighter, then as a fighter-bomber and eventually replacing the Beaufort as a torpedo bomber. The wreck was found in 2007 after a lot of dives searching the sand bottom at 30 meters and gathering testimonies of local fisherman and inhabitants that saw what happened back in 1943. 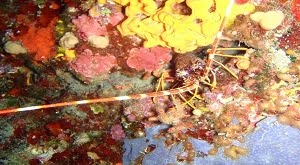 The second dive of the day is at the Virgin Reef. Beautiful reef dive with huge rocks that make superb scenery. The cave of 15 sqm is hard to believe that is made by nature. Rich of marine life of every kind such as: great amberjacks, moray eels, lobsters, octopuses, sponges and school of fishes. 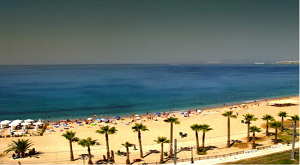 *Itineraries and scheduled dives are subject to change due to circumstances beyond our control including weather and sea conditions.