British polar explorer and 130-strong crew vanished at sea. Logs and maps could still be intact after 170 years underwater. 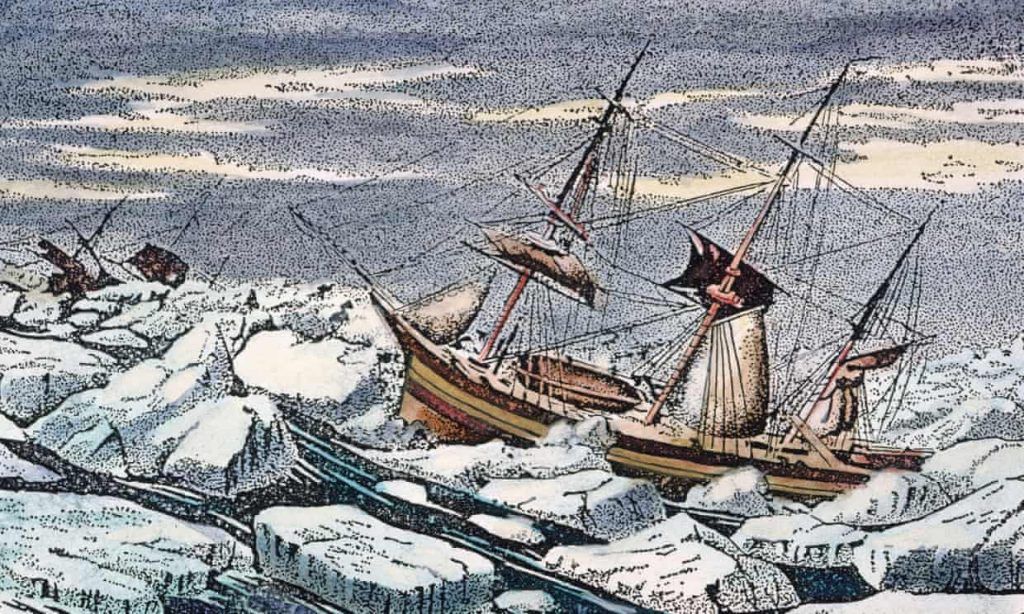 Evidence recovered from beneath the bitter cold of Canada’s Arctic Ocean will shed new light on the final days the ill-fated expedition of the British polar explorer Sir John Franklin, who disappeared with his crew in 1845.

Parks Canada and Inuit researchers announced on Wednesday the results of a study of the HMS Terror – including “groundbreaking” new images from within the incredibly well-preserved ship – and raised the possibility that logs and maps have remained intact and legible after nearly 170 years underwater.

Over several weeks in early August, the researchers launched 3D-mapping technology to survey the wreck site off the the coast of King William Island in Nunavut.

For the first time ever, the team was also able to make seven trips inside the ship by piloting a remotely operated vehicle through the ship. Nearly 90% of the ship’s lower deck – including the areas where the crew ate and slept – were accessible to the vehicle. In total, the expedition was able to study 20 separate rooms.

“The impression we witnessed when exploring the HMS Terror is of a ship only recently deserted by its crew, seemingly forgotten by the passage of time,” said Ryan Harris, a senior archeologist for Parks Canada, in a statement.

In 1845, the HMS Erebus and HMS Terror departed England in search of the coveted Northwest Passage. But the famed and closely watched expedition ended in disaster, with all 129 crew members succumbing to the hostile elements of the Arctic.

Recent excavations on nearby islands suggest a combination of scurvy, hypothermia – and potentially cannibalism – killed the crew after they abandoned the two stranded vessels. Multiple expeditions to recover the ships and the remains of the crew proved futile.

For generations, Inuit oral history has told of the two wrecked ships and stranded sailors. Long ignored by western archaeologists, the history was vindicated when Inuit historians helped uncover the final resting sites of the Erebus in 2014, and the Terror in 2016. 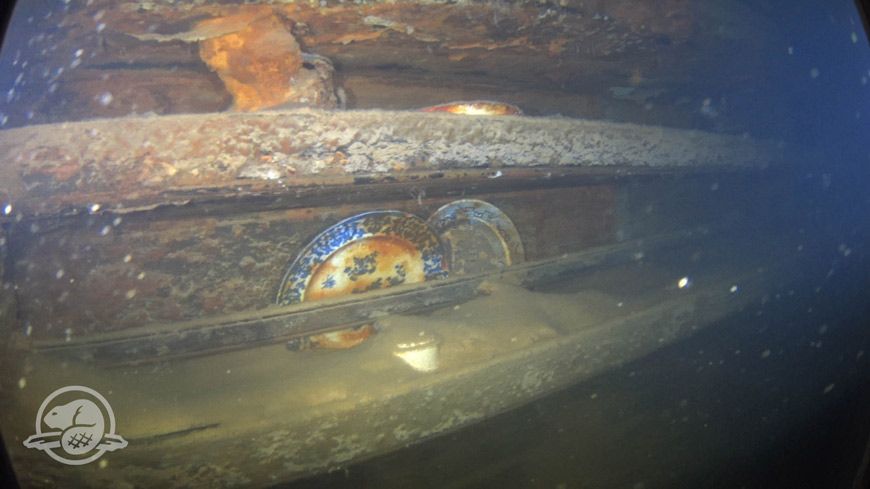 Plates and other artifacts sit on shelves next to a mess table where lower-ranking crew members would have taken their meals on HMS Terror, in Terror Bay, off King William Island, Nunavut. Photograph: Ryan Harris/AFP/Getty Images

Since the monumental discovery, Parks Canada has set about studying both ships in detail, with the aim of better understanding the lives of those aboard – and the final months of the voyage.

From within the wreck, Capt Francis Crozier’s cabin remains the most intact. Only his sleeping quarters, which are behind a shut door, are inaccessible.

The location itself, beneath the frigid Arctic waters, has been critical to preserving much of the ship. The water temperature, and lack of natural light, has prevented the degradation many of the items, including crockery and and navigation too. Most exciting for the researchers is the prospect that thick sediment, low in oxygen, has preserved documentation within the ship, including logbooks and maps.

“Not only are the furniture and cabinets in place, drawers are closed and many are buried in silt, encapsulating objects and documents in the best possible conditions for their survival,” said Marc-André Bernier, the head of Parks Canada’s underwater archaeology department, in a statement. “Each drawer and other enclosed space will be a treasure trove of unprecedented information on the fate of the Franklin Expedition.” 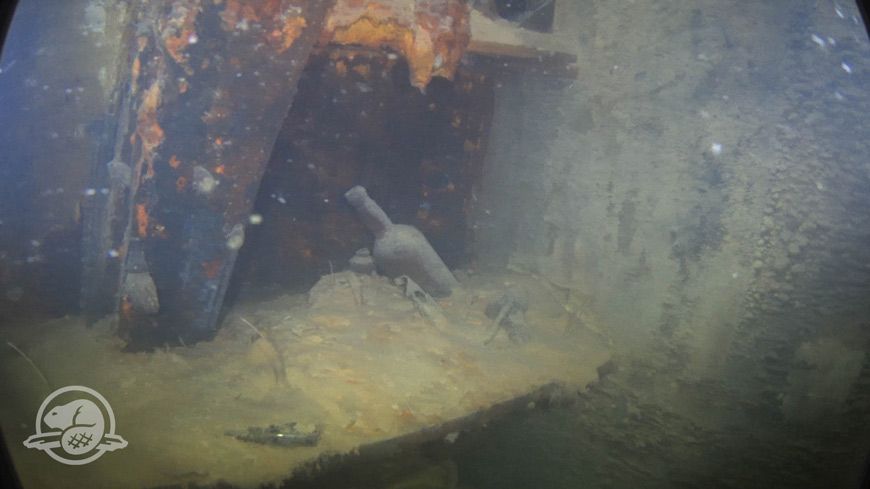 Bottles and other artifacts sit on a shelf in a cabin on the lower deck of HMS Terror. Photograph: Ryan Harris/AFP/Getty Images

Any items retrieved from the expedition will be shared between the governments of Canada and Inuit, the result of a recent agreement between the two groups. Before publicly announcing the most recent discovered, community members of Gjoa Haven, including young students, were the first to view images of the wreck.

Parks Canada plans has set up devices to monitor the flow of the water nearby to the Terror, and is now studying the Erebus. The team hopes their survey of the site until early September before the annual formation of autumn sea ice. 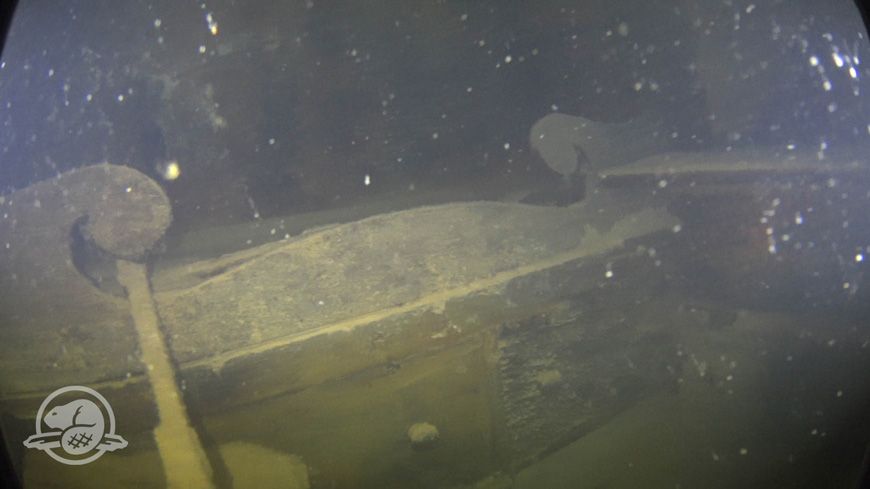 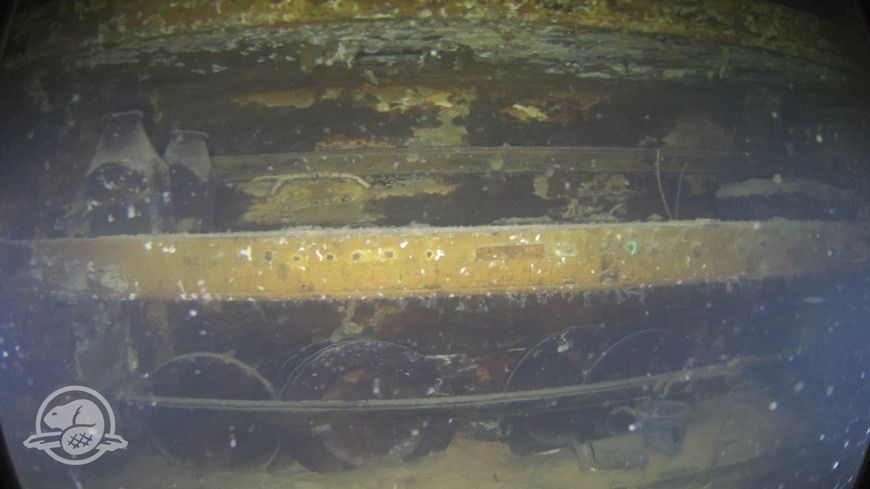 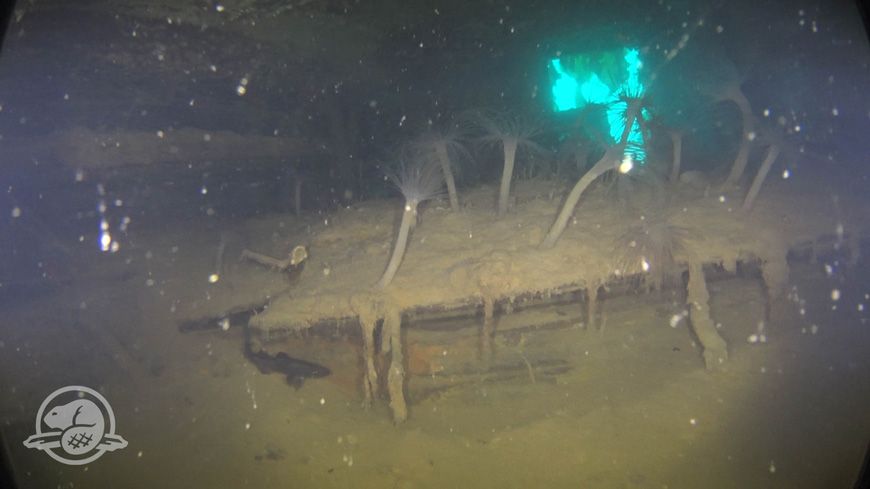