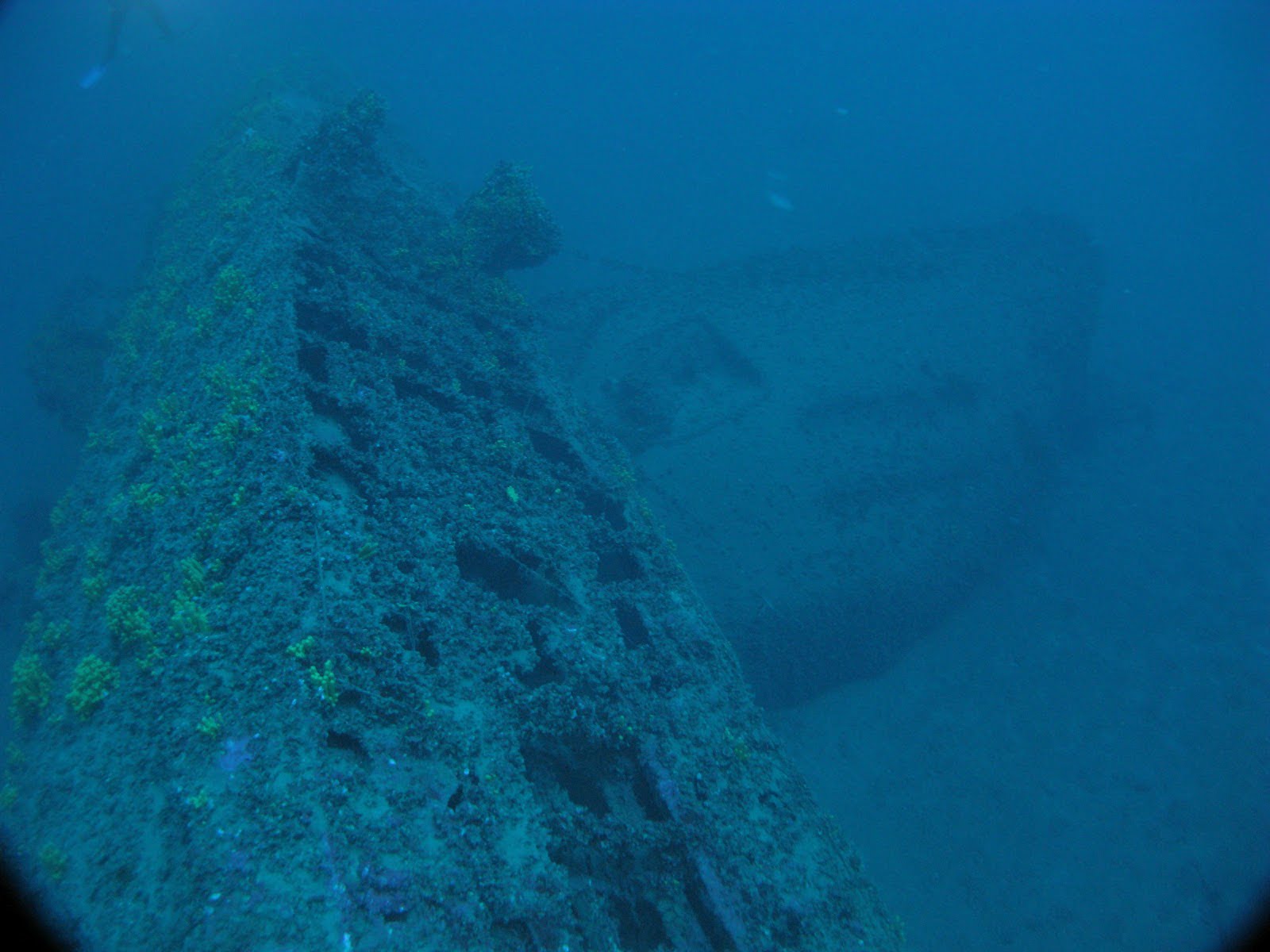 The wreck rests on a flat sand bottom with a port list and her forepart pointing at a W-NW direction. It is surrounded by a debris field. The bow has been cut off from the explosion and is now positioned at a right angle to the port of the stern, lying on her starboard side. Heavy marine growth has developed on the wreck which in places totally clutters the structure beneath it, like the 8.8 cm gun (which is also covered in netting) and the flak platform to the aft of the conning tower. The wooden casing deck has disintegrated making the under deck fittings and piping of the boat readily observable. The conning tower manhole is open and the two periscopes lowered. The boat was navigating on the surface when she was lost. Her twin rudders are put to starboard suggesting that possibly a maneuver was made shortly before or immediately after she run into the mine. Conditions at the wreck are generally mild. Since in the confines of the Saronikos Gulf, visibility is medium, usually in the range of 10 meters. Current may vary from none to somewhat strong which can make swimming the wreck hard and the use of scooters desirable. The turret lies at a depth of 67 meters, while the body of the wreck at 75 meters. Around the wreck there are compressed air bottles, probably for the submarine’s needs at the time. The cannon of 88 mm remains in place, but around it nature has composed its own colors, covering it with colorful sponges and other benthic organisms.
The wreck falls into the T2 range therefore we are using Tmx 15/55 as bottom gas and EAN 50 and Oxygen as deco gases. We usually spend 25 minutes down at the wreck which gives total dive times of about 100 minutes. 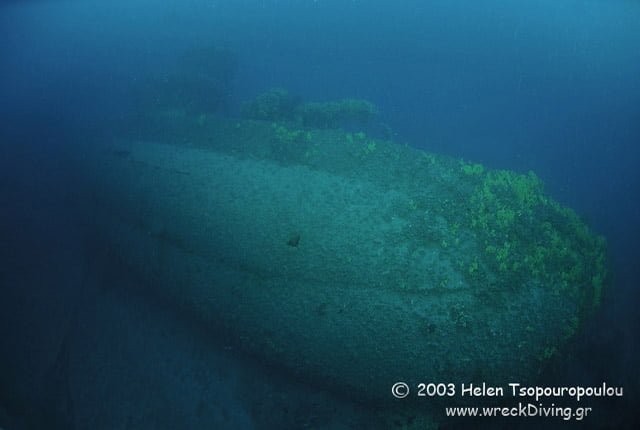 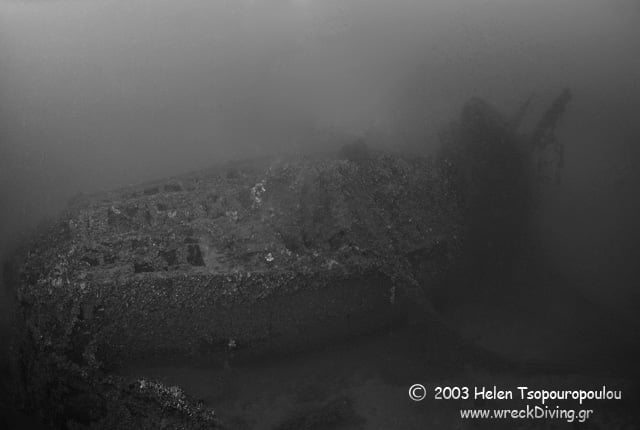 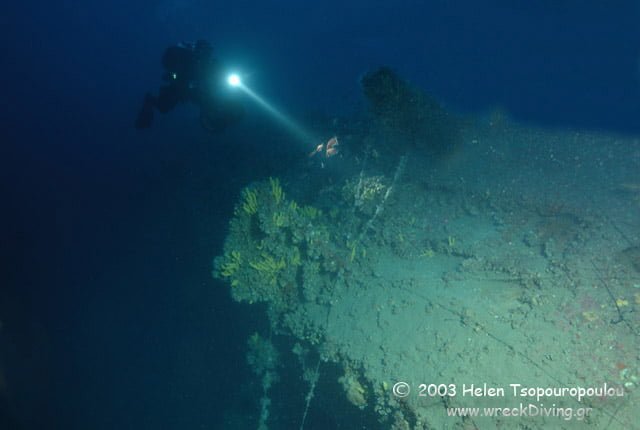 – All dives are guided by scubahellas.com expert divers & partners.

– This dive is quoted for a minimum of 8 pax.