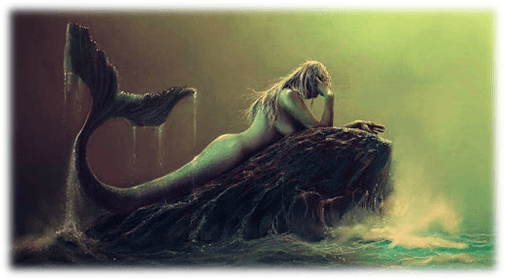 The Legend of mermaid Thessalonike – The sister of Alexander the Great

A popular Greek legend talks about a mermaid who lived in the Aegean for hundreds of years who was thought to be Thessalonike. The legend states that Alexander, in his quest for the Fountain of Immortality, retrieved with great exertion a flask of immortal water with which he bathed his sister’s hair. When Alexander died his grief-stricken sister attempted to end her life by jumping into the sea. Instead of drowning, however, she became a mermaid living in the Aegean. She would ask the sailors on any ship she would encounter only one question: “Is King Alexander alive?”, to which the correct answer was: “He lives and reigns and conquers the world”. This answer would please her, and she would accordingly calm the waters and bid the ship farewell. Any other answer would enrage her, and she would stir up a terrible storm, dooming the ship and every sailor on board.