Passenger touristic boat “Atlantis”, with Thessaloniki ship register number 1433, a volume of 178 gross registered tonnage and 123 net registered tonnage, a length of 34 meters, constructed in England in 1944, wooden (ex coastguard vessel of Hellenic Navy), functioning with two Mercedes 250 BHP engines, owned by the maritime company “Ionian C. Cruises”, represented by Ioannis S. Matzavinos. The ship was unarmed at Chalkida since 1992 and in 1966, it was decided to be towed until Piraeus. The ship at about 20.35 on 15 October 1996 sailed towed by the tugboat Boukou A, with Chalkida ship registered number 24, to Piraeus. The suitability of the tugboat and the towed boat had been checked before by an inspector that had issued the relevant certificate.
The trip was still going on normally until 02.30 of the next day (16.10.96). The ship was sailing at a calm sea at a distance of one mile from Dipsa islet at South Evoikos. Then, it was noticed that the towed boat had an increasing inclination that led it to sink within 15 minutes. Its spot was 38-05-08 North and 24-06-00 East. The sinking was caused by the fact that the tugboat’s captain was sailing with a bigger speed than the defined one by the conditions of a safe towing. The result was a water inflow in “Atlantis” that was a 52-year-old and unarmed ship for 4 years.
One of the 15 wooden coastguard vessels (Doliana, Domokos, Daksaton, Drama, Eleftheron, Kalampaka, Karpathos, Karpenisi, Kassos, Kastelorizon, Kos, Nisiros, Telos, Tsaltantza, Chalki) that the British Navy lent in 1945. It had the possibility to collect coastal anchored mines. Firstly, its name was “Nisiros” and for many years it was used as a king built boat. It was returned in 1951-52.
The wreck is located at the axis north-south (its bow at north and its stern at south). The maximum depth is 52 meters and the minimum is 46 meters. The bow and the bridge are destroyed. The ship touches the sea bottom with a slight inclination to the right and there are faults all over it. Any wooden construction now is destroyed. 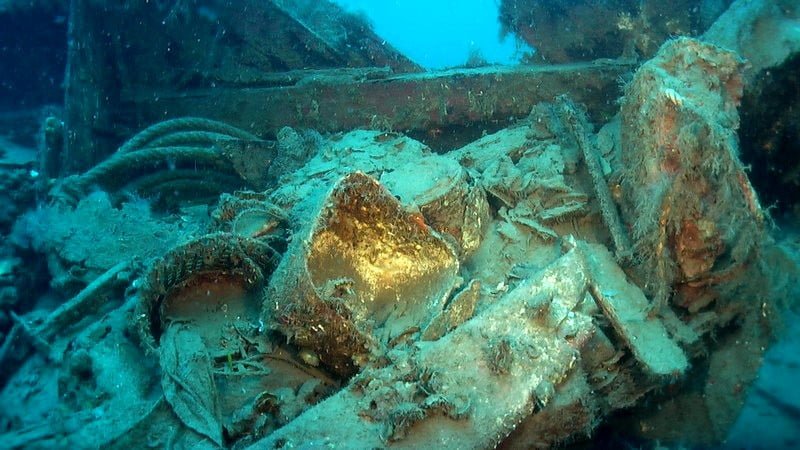 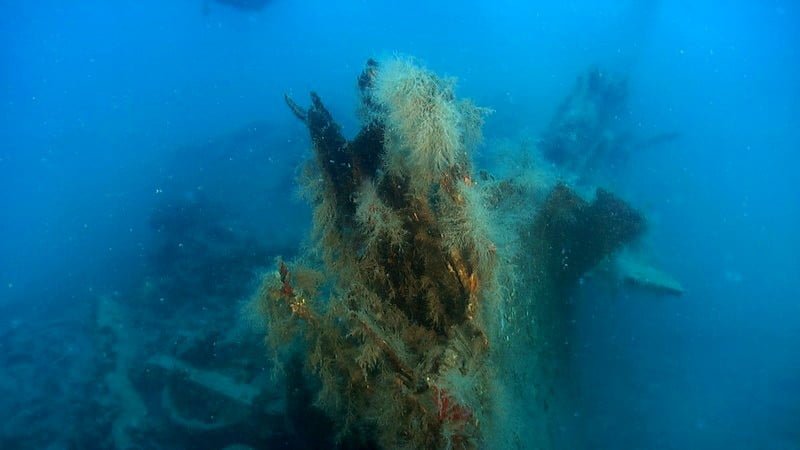 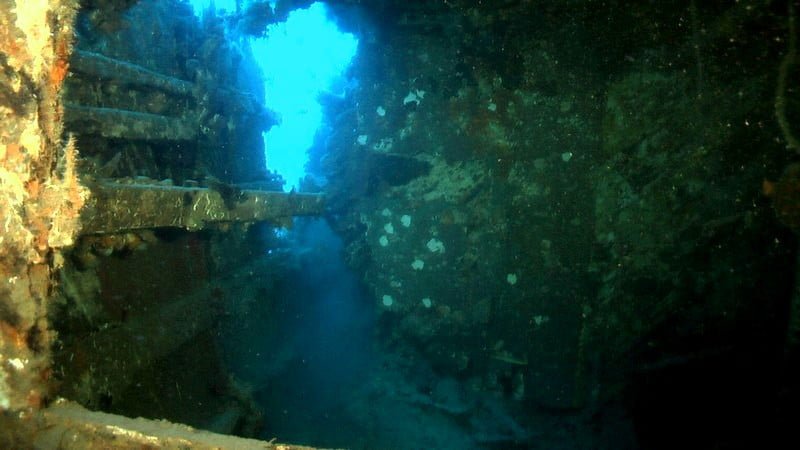 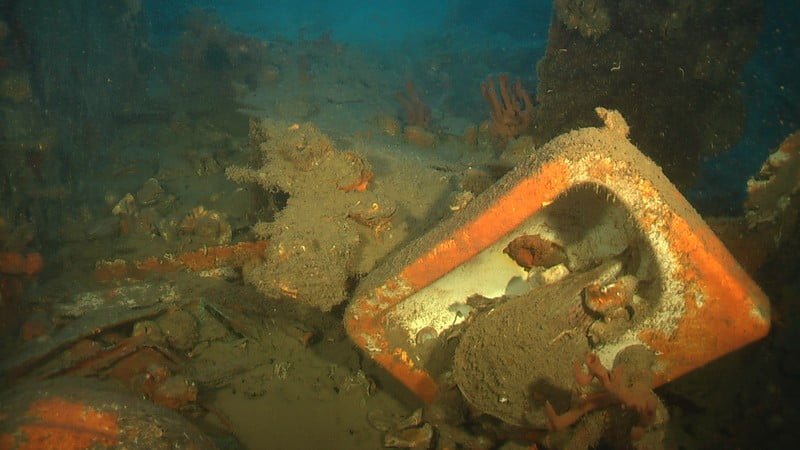