Roman shipwreck dating back to the time of Jesus containing cargo of 6,000 well-preserved wine amphorae is found on the Greek sea floor

Home/news, sport/Roman shipwreck dating back to the time of Jesus containing cargo of 6,000 well-preserved wine amphorae is found on the Greek sea floor

Roman shipwreck dating back to the time of Jesus containing cargo of 6,000 well-preserved wine amphorae is found on the Greek sea floor

A Roman shipwreck that dates from the time of Jesus Christ has been discovered in Greece, with a cargo of around 6,000 amazingly well-preserved pots used for transporting wine and food.
The 110-foot-long ship and its cargo, discovered off the coast of the Greek island of Kefalonia, could reveal new information about the shipping routes taken by Roman traders across the Mediterranean.
The wreckage was found using sonar equipment and contains thousands of amphorae, elaborate pots used for moving food and wine.
The wreck was found near the fishing port of Fiskardo on the north coast of Kefalonia, dates between 1 BC and AD 1, Greek researchers say.
The cargo is visible on the seafloor and is in a good state of preservation. 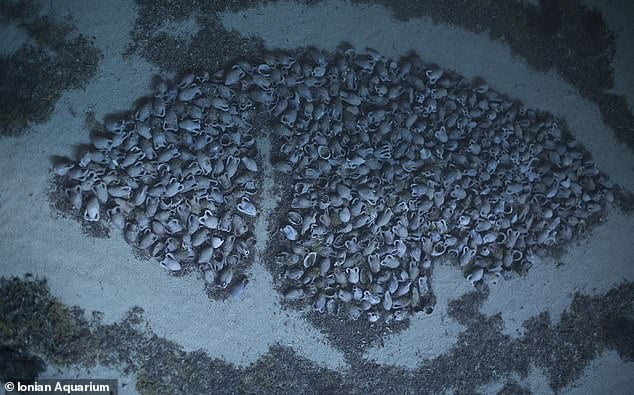 The ship’s cargo, around 6,000 Roman pots, is in good condition despite the wreckage dating as far as 1 BC 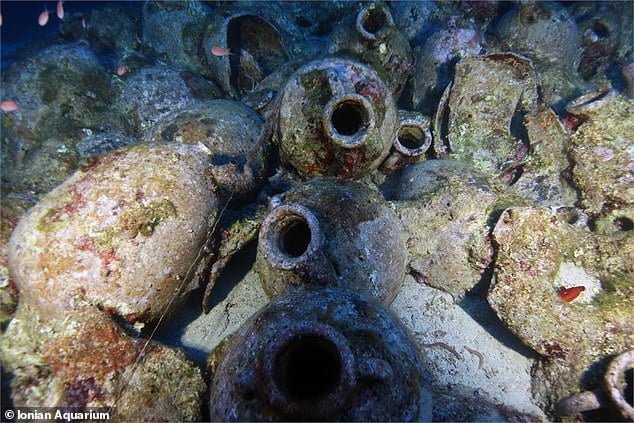 The cargo is 98 feet long, 32 feet wide and stands four feet above the seabed

‘It’s half-buried in the sediment, so we have high expectations that if we go to an excavation in the future, we will find part or the whole wooden hull,’ said George Ferentinos at the University of Patras, Greece, who led the study of the findings.
The Fiskardo shipwreck is one of the largest four found in the Mediterranean Sea, and the largest yet found in the eastern Mediterranean.
The ship’s dimensions are thought to have been about 110-feet long and 42 feet wide, with a cargo load almost as big — 98 feet by 39 feet.
Its cargo is estimated at about 6,000 amphorae, a distinctive type of Roman pot with two handles and a narrow neck. 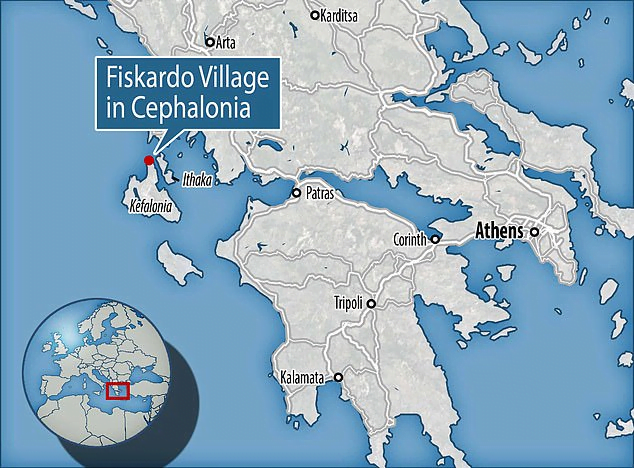 The wreckage was discovered off the coast of the Fiskardo fishing village on the Ionian island of Kefalonia, Greece

The shipwreck was found off the present-day Fiskardo fishing port, where ancient houses, bath complexes, a theatre, a cemetery and a tomb dating back to Roman times between 146 BC and 330 AD, were recently found.
This indicates that Fiskardo was an ‘important port at that time’, the researchers said in their study, published in Journal of Archaeological Science.
The researchers say Fiskardo port was probably a significant calling place along the Roman trading route that ferried goods around the Mediterranean.