Passenger ferry boat “Aigaion”, with Piraeus ship register number 6057, DDS SXEV, a volume of 2812 gross registered tonnage and 1417 net registered tonnage, a length of 117 meters, constructed in 1958 at S.A Cockerill shipyard of Antwerp, functioning with two Sultzer 9600 BHP engines, with a speed of 21 knots. The boat was functioning using two 9600 BHP IC engines. On 19 February 1996, the boat was at Neos Molos of Drapetsona doing some repairs and modifications in cooperation with shore crews. Although the boat did not have any signed crew members, there were some members who were occupied with maintenance services. At 11.00 of the same day, there was a fire of some kind of materials at the right side of the bow garage. The fire took place at a surface of 15 m2 and 2 meters high. The crew tried to extinguish the fire with portable extinguishers and hoses through the main fire core, but there was no result due to the heavy smoke. The fire expanded to other places of the garage too, where there were similar materials. Even the fire service was not able to extinguish the fire that was getting stronger and stronger. At 13.50, for safety reasons, “Aigaion” was towed out of the port at Atalanti Island, where the efforts of extinguishing the fire were still going on by towboats and fire-fighting boats. However, at 17.12 the boat took a great inclination to the right and sank. The fire was produced by incandescence of the right part of the above garage that was exactly over the main garage, where there were a lot of materials. At this part of the above garage, fire activities were taking place by other crews.
“Aigaion” today is located at the bottom of the sea forming an angle of 90º degrees between its right side and the bottom. Its hatch cover is still half open. Its bow is located south and its stern north. Some of its parts are cut from the main body of the boat, touching the sand.
The visibility of the area is 3 meters and the wreck has a maximum depth of 32 meters and minimum 16 meters. 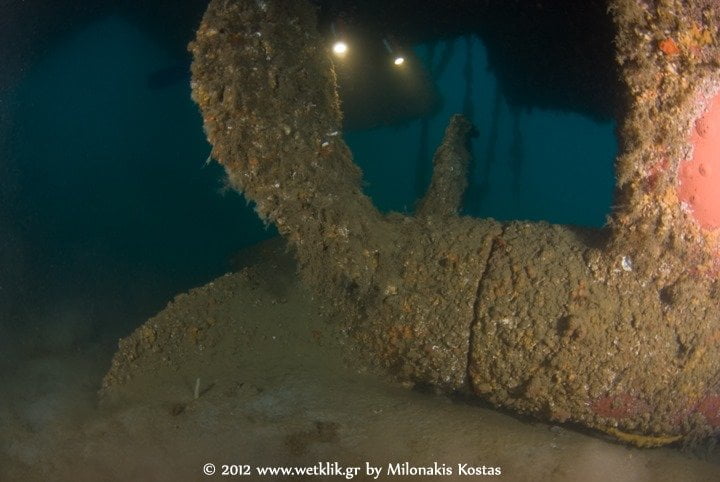 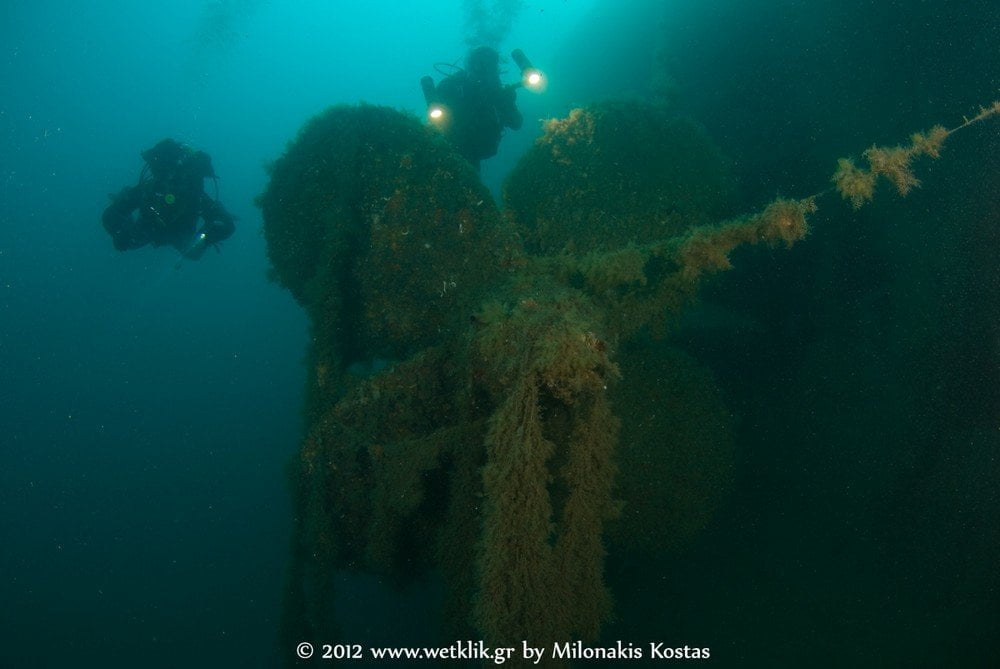 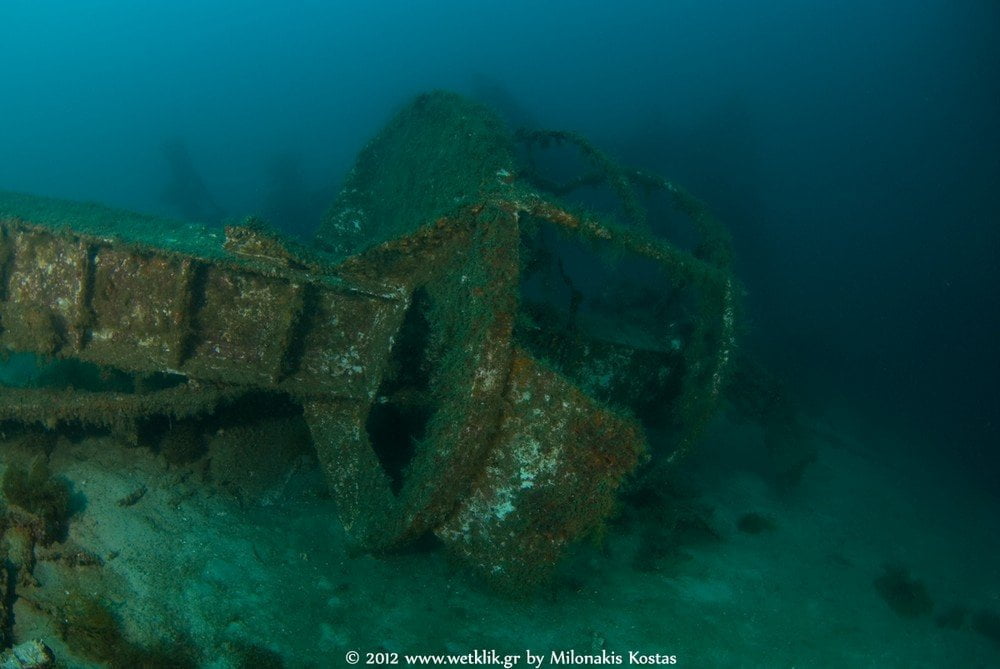 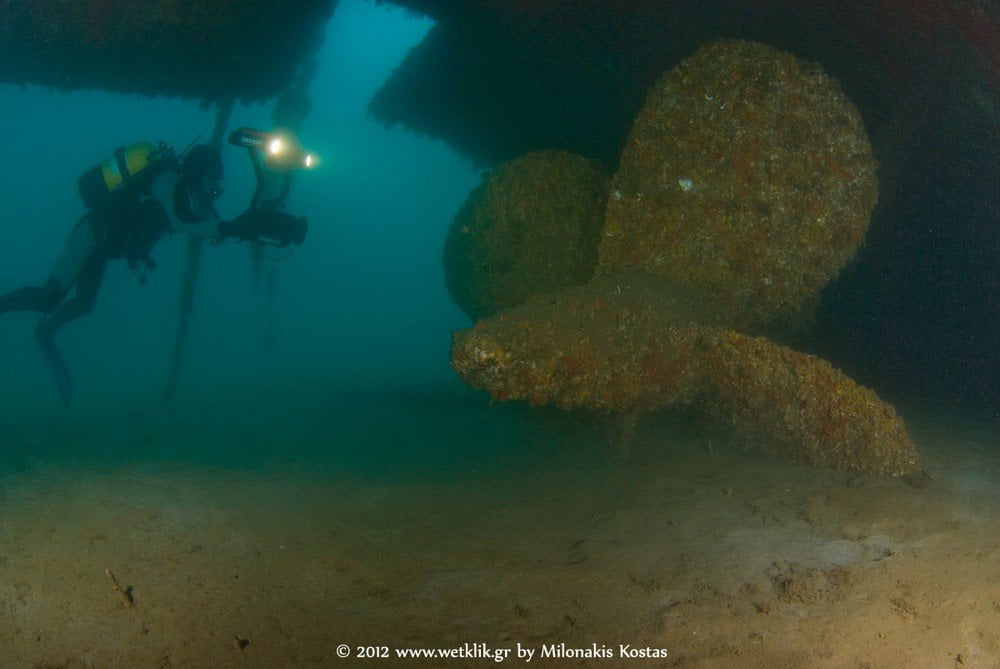 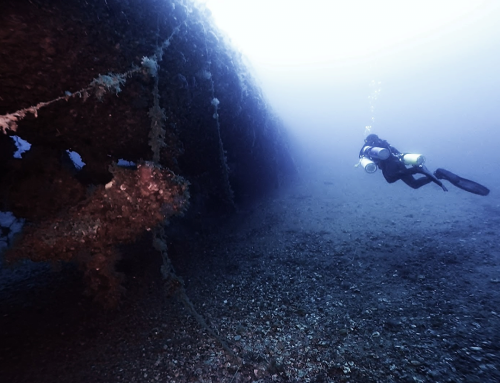 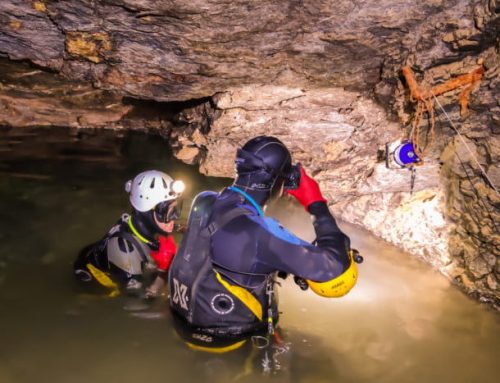 Alonissos is the Best Diving Destination by the British