Remnants of ancient buildings, as well as parts of fortifications have been uncovered during underwater excavations at the ancient city of Olous on Crete, the Greek culture ministry announced.

Volunteer divers, archaeologists from the Ephorate of Underwater Antiquities, and a team of geophysicists from the FORTH Institute of Mediterranean Studies participated in the excavations on the sunken city, which is located near the present-day popular resort town of Elounda.

The research was carried out in October 2019 and is part of a five-year program which kicked off in 2017 with the support of the Agios Nikolaos Municipality.

Underwater studies focused on the coasts of Elounda Bay and the Kolokytha Peninsula and on submerged structures on both sides of Poros, where the urban center of the ancient city was located. Other finds include a loading platform, ship ballasts, anchors, remnants of Byzantine and 20th century shipwrecks. 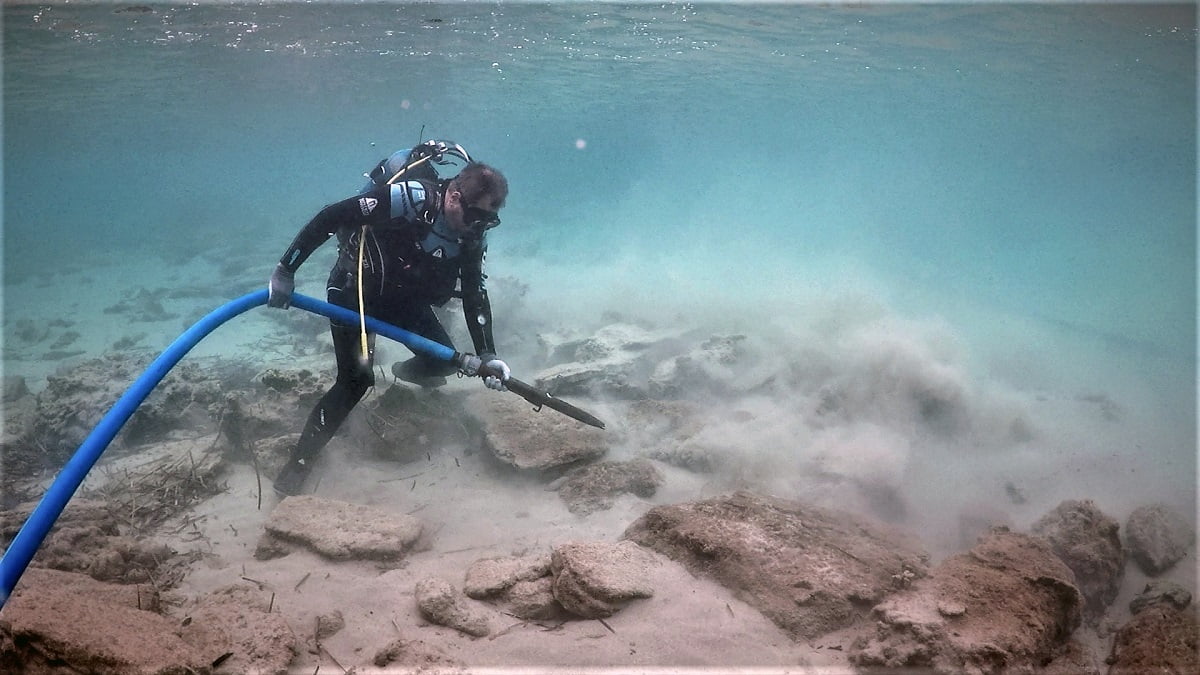 As part of the ongoing program, studies were also carried out at the port of Ierapetra on the remnants found in the area.
Supported by local cultural society “Ierapytna”, the data collected will contribute to understanding the importance of the ancient port and its similarity to the ancient port of Alexandria in Egypt.